VIP Assistance at the airport in Sydney, Melbourne, Brisbane... 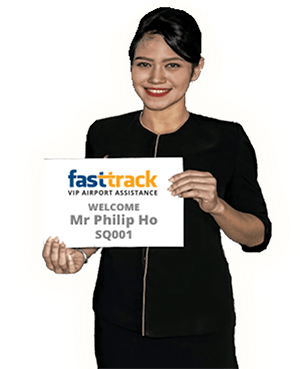 Australia Airport Meet and Assist services for any traveler, on any airline, in any cabin class

Australia has some of the busiest airports in the world. Booking a Meet and Assist Service will make passing through the airport fast and easy. Australia Fast Track local greeters help speed up the lines and make for a quick arrival, a smooth departure, or a successful connection.

Fast Track’s service in Sydney, Melbourne; Brisbane adds a first class feel, usually reserved for VIPs and celebrities. It will include an airside greeting at the airbridge and fast-tracking help through border controls. Our reservation team & booking system will help you book the exact service you need.

Get a quick answer via online chat

Receive a detailed quote by E-mail

See the price of the service.

Book it using a credit card or PayPal

On arrival Australia Fast Track’s English speaking greeters will meet you near the air bridge. They will assist you through any passport or visa control, and escort you to the baggage and customs area. They will help find your driver, or if you booked a connection, check in to your next flight.

On departure, they will contact your driver, will assist you through check-in and immigration, and will take you to your airline lounge or the boarding gate.

For connections, the greeter will meet you near the air bridge and will guide and escort you through the arrival, departure and transfer processes needed for your connection, right through to your airline lounge or the gate.For more than 10 years our Airport Assistance and Booking Team has assisted thousands of travellers pass smoothly through busy airports.

Before you book, Fast Track’s tools and expert staff will help you understand and choose the exact service you need at the lowest possible cost.

Fast Track services are available to any traveler, on any airline, and in any cabin class, and in all major airports around Asia, the Middle East & Africa.

Australia has over 600 airports, the main ones being Sydney, Melbourne and Brisbane. Sydney’s Kingsford Smith International Airport (IATA Code SYD) is the busiest airport in Oceania.Located 8km (5 miles) south of the capital, Sydney Airport was founded in 1919 and is one ofthe oldest continually operating airports in the world.

It handles over 43 million passengers a year, including 27 million domestic passengers, and 444,0000 tonnes of freight.Situated in Mascot, Sydney Airport is a major Qantas hub. It has three runways which extend into Botany Bay on reclaimed land. The longest is the main north-south runway at 3,962m (13,000 feet). In Australia we serve the airports of SYD, MEL, BNE, PER, DRW, CBR, CNS, OOL & HBA, offering travelers VIP meet & greet concierge assistance in each of those airports’ international or domestic terminals.

There are three terminals: T1 being Australia’s gateway international terminal while T2 and T3 handle domestic and regional flights. Terminal 1 has 200 check-in desks and 8 private VIP lounges which can be booked through Fast Track if required. Renovated in 2015, the airport includes duty-free shopping, restaurants and Smart Gates for Fast Track Immigration.

Melbourne Airport (IATA Code MEL) is Australia’s second busiest airport with four terminals: one international, two domestic and one budget domestic terminal. Opened in 1970, it is 23km (14 miles) northwest of Melbourne in Tullamarine. It handles 25 million domestic and 10 million international passengers. It is a major hub for Qantas and Virgin Australia and home to Jetstar and Tiger Airways. The route between Melbourne and Sydney is the fifth busiest in the world.

Fast Track offers a full range of VIP Services in Melbourne Airport including Meet and Assist and Fast Track Immigration. As one of the top airports in the world, the airport has received numerous tourism awards.

Australia’s third busiest airport is Brisbane Airport (IATA Code BNE), serving over 22.7 million passengers. It is the fifth best airport in the world with 86% of flights on-time. It was rated Australia’s #1 Airport for Service and the international terminal holds the Queensland
Architecture Award.

Brisbane’s first airport opened in 1925. In 1928 Charles Kingsford Smith landed there after completing the first ever Trans-Pacific flight. His Fokker aircraft is now in the airport museum. The current airport was built in 1988 and has two passenger terminals, a cargo terminal, general aviation terminal and two runways.

Passengers arriving in Brisbane Airport can take advantage of all Fast Track VIP Services to speed them to their final destination in the smoothest and fastest time possible.